Ok, I won’t play dodgeball. One of the number one questions I receive about cars on this site is: “Why are many of the cars on your site overpriced?”

I learned a little secret during my career in the car business: I found a way to score great deals on some of the most pristine, lowest mileage cars out there – right under people’s noses. The cars themselves weren’t a secret – they were clearly advertised for everyone to see on popular classifieds (sometimes on multiple websites). It’s how I chased after them that put me ahead of the game. Put simply, I focused all of my effort on the overpriced cars that everyone would skip over and pay little attention to. These were the super original, super low mileage cars with sellers asking for the moon!

In the car business, my partner and I would spend every day calling and emailing these “overpriced” vehicles to the point where they were coming back to us on a consistent basis. We made a living targeting high priced cars because we weren’t afraid to call the seller and work out a deal.

Let me explain myself with a short story.

Back in 2011 I came across a pristine Corvette advertised for a ridiculous price by its original owner. Without hesitating, I rang the guy up and spent a good 45 minutes on the phone with him. We spoke about the car for a bit, but our conversation eventually took a turn toward sharing car related stories, past experiences, bragging about the cars we’ve previously owned (this is unavoidable when you’re on the phone with another car enthusiast – I almost forgot about the Corvette). Eventually I started quizzing him to determine if his car was as special as he made it seem in the ad. Once I was convinced, I went on saying: “Look. I want your car. It’s exactly what I’m looking for, and I’m even willing to pay a premium for it. But the amount you’re asking for is extremely hard to justify … how did you come up with this price?”

The seller answered with a typical response: “I saw one go for the same amount at auction, and mine is definitely nicer. Mine is probably the nicest one out there, I’m sure of it.” ( I could sense some sentimental attachment as well. )

I explained to him that as an enthusiast, I appreciate this car for everything it is, but this is the most I’m willing to pay for it (and I made him an offer). The seller rejected me, so I politely ended the conversation with “I guess I’ll continue my search, but I’ll keep you in mind.”

Then I waited. Time is sometimes the best negotiation tactic.

I had little worry that the car would sell. If someone like me (an enthusiast willing to pay a premium) didn’t buy the car at his asking price … then who would?

After a month passed, I called him back to learn it was still for sale. We talked a bit about the car, went a little off topic along the way, and eventually arrived to the awkward discussion of price. Like two kids kicking rocks in the sand, we went back and forth with offers to try and make a sale. Unfortunately we couldn’t reach an agreement, but once again I made it clear that I was a real buyer at my price, and asked him to keep me in mind.


Another month goes by, at which point I reached out to him several times via “email tag” without success. It culminated to a point where I thought no deal was ever going to happen (yea … his price was that high). But then one day … I opened my email to find that my persistence has paid off. Sitting in my inbox was the message I’ve been waiting for: “Alright, here we go. I’ll accept your offer and sell you the car. Please let me know and we can make the arrangements.”

Obviously I was thrilled – I just bought a car for almost 30% less than his original asking price! And the best part? I now own one of the most pristine, best kept examples of this generation Corvette. When it came time to sign papers, I asked why he finally decided to sell me the car.

His answer? Nobody else was calling him.

WHAT DEFINES THE “RIGHT CAR”? (TAP IMAGE TO REVEAL TEXT) 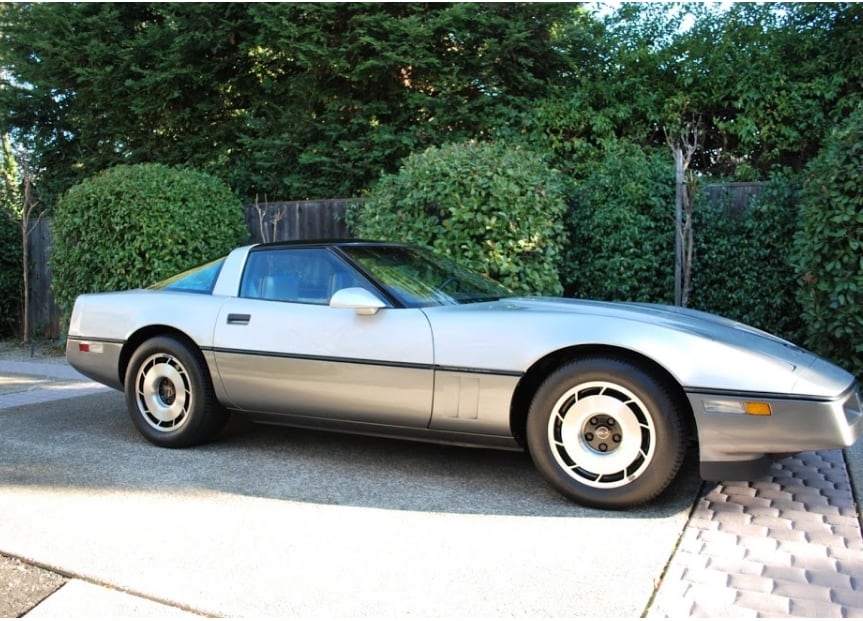 What’s considered the “right car”? For me, it’s an honest car – a (mostly) original, well kept example that has been pampered it’s entire life by someone who cares. No questionable stories, no tricks, no shady sellers – these cars have nothing to hide. Well documented history is a must. While low mileage is preferred, condition trumps everything.


Yes folks, this was my secret. This is how I got away with buying the best car for the best price. I called the overpriced ads that no one else was calling, and talked sense into the owner once I proved to him I was a real enthusiast.

You might be thinking: ok, but that takes so much time and effort??

First of all, the right car is always worth pursuing, because regardless of what you pay for it … you always end up with the right car. To settle for anything less is usually a far greater price to pay. This couldn’t be more true in the collector car hobby.

You might think it’s a waste of time to call the seller of that super nice classic car priced $20k over market. But in many cases, cars advertised as “deals” can waste just as much of your time, if not more (such as when you get there, the seller “forgot” to disclose something, is hiding something, etc). Sometimes it makes more sense to spend 45 min trying to talk some sense into the guy selling the nicest example out there, rather than hours trying to find the best deal (and hope there’s no surprises or shady sellers). Plus, the high price on the ad is sometimes only there to scare away the flippers and tire kickers. These overpriced gems may represent some of the nicest examples of the car you’re looking for, so the owner isn’t going to advertise their bottom dollar right off the bat (who would?).

If you truly want a nice example of a car at a good price, you need to be willing to call the ads – don’t assume your time will be wasted (remember, if it’s a car you really want, then it isn’t a waste of time). All you have to prove to the seller is that you are a genuine enthusiast who really wants a nice example, and is willing to pay a premium … just not 20% over market. Plus, its easier to make an offer after 30 min of conversation because you made your intentions clear: you’re a serious buyer who is not trying to waste anyone’s time … you simply want to buy the car! Sellers don’t want to discount their prized possession to buyers who are only looking for a deal, so don’t come across like it!

“In the collector car hobby, the right car is always worth pursuing. to settle for anything less is usually a far greater price to pay.”

Now, as of this writing, I’ve personally owned 37 cars (each at different times), and spent about 12 years of my life in the cars business in some form or another. Many of my cars were acquired using the above method of patience. I used to hunt for deals as much as the next guy, but one thing I’ve come to realize was that a car advertised as a good deal rarely turned out to be one in the long run. Sure, there are a few lucky exceptions (my 540i/6spd for a mere $3k!), but there’s almost always something wrong when you show up for a test drive, or you find out post-purchase that the seller was hiding something. It came to a point where I decided to stop hunting for deals and instead hunt for the right car. Then I’ll focus on making a deal happen.

“I decided to stop hunting for cheap deals, and instead hunt for the right car. then I focused on making a deal happen.”

The point I’m trying to hammer into you? Don’t skip over a car because of price – especially when shopping for your dream car.

About the Author: Andre Clemente has spent over 12 years in the business of buying and selling of cars, half of which were spent in the classic car/sports car business. Andre started his career as a car hunter, and his skills and passion helped establish solid relationships with veteran dealership owners and collectors. Years of real world practice and application exposed him to the various truths and myths of buying and selling a collector car. Rather than keep his knowledge as a trade secret, he has decided to share his experience with the greater collector car community in attempt to address the roadblock of an “overpriced” car.

Want to participate in the comments below? Please register with us first »
Already have an account? Login here
First time commenter? Here’s a quick overview of how the comment section works»
Subscribe
Login
Please login (above) to comment
0 Comments
Inline Feedbacks
View all comments
Page load link

You are going to send an email to
Move Comment